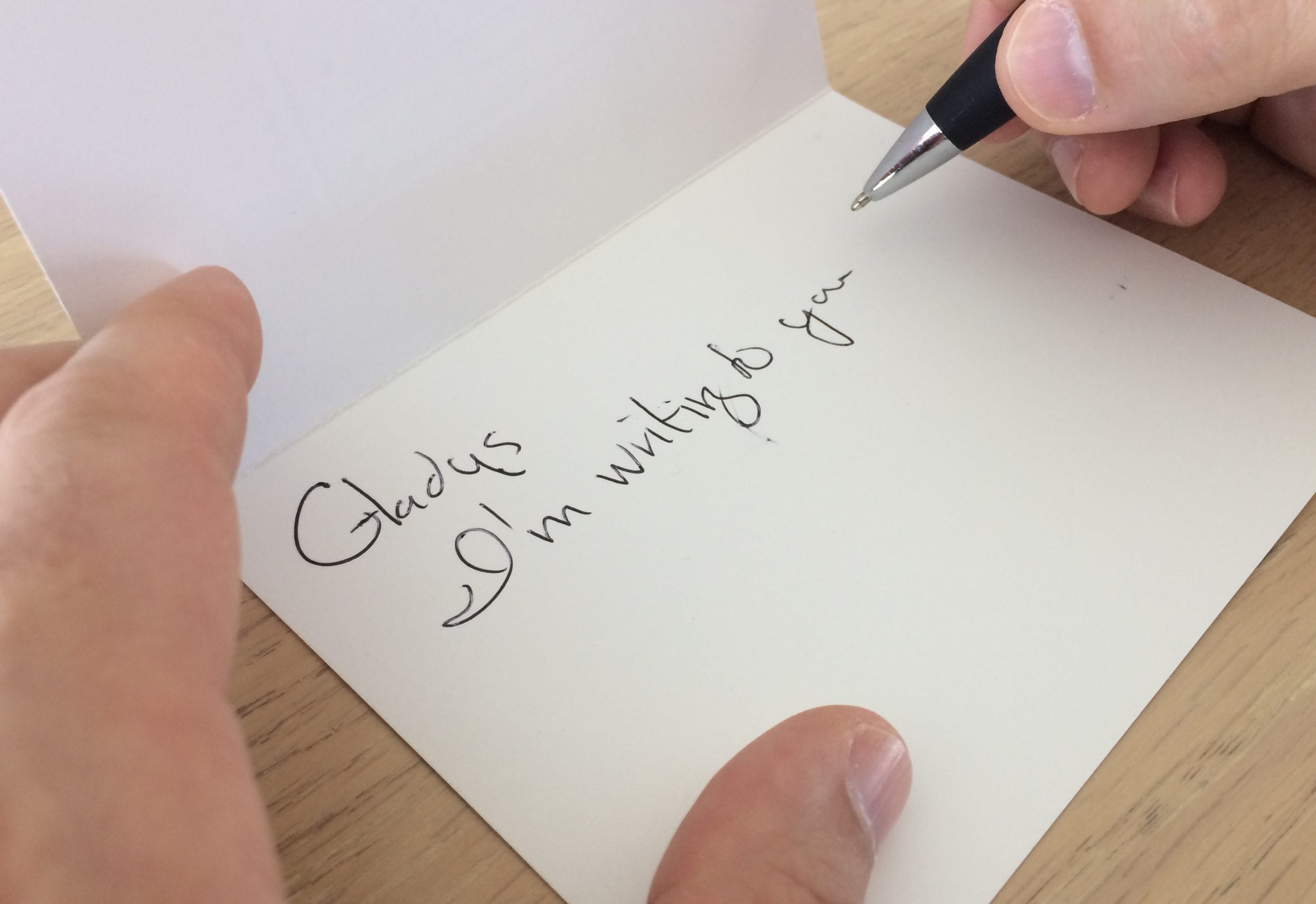 My friend Gladys was born and raised on Broadview Avenue, just north of the Danforth in the east end of Toronto. On a summer day, she and her friends would walk down through the wooded valley and go for a swim in the Don River. Sometimes they would spend the whole day sunning themselves on the banks, and cooling off with a splash when the heat became too much.

Until recently, I didn’t know much about “Glad”, other than she raised my friend’s mother, who in turn raised my friend. Glad was always nice to me, all the way back to my days as a long-haired, rebellious (yet-well-mannered) adolescent. I always liked that she could see beyond wherever I was in my life, and take an earnest interest in where I might be going.

So six years ago, when asked to celebrate her 90th birthday at the jazz club where I worked, I was more than happy to make the arrangements.

The day of the party was a beautiful, sunny, late April afternoon downtown. A large section of the club was reserved and we still had people who couldn’t get a seat and had to stand. The turnout was a reflection of the amount of love Gladys had shown others over nine decades. As the big band played classic tunes from the 20s, 30s, and 40s, some folks casually danced, and we all had a great time.

Glad thanked me several times over the afternoon, and I told her what a pleasure it was to be there with her and the “mob” she was completely responsible for.

A week later, an envelope arrived at my house. The sticker on the upper left hand of the envelope had a Scarborough address on it. That, along with the classically perfect penmanship of her era, tipped me off before I even opened it.

Inside, she expressed that she could say thank you, but that would be “inadequate”, as she was aware of how much work went into putting together her 90th “shindig”. She wrote how happy it made her and everyone else. So much so that the next day she wrote me to reiterate her appreciation.

This gesture hit me hard. I was genuinely chuffed with myself for having made someone so  happy that they would go to the effort of handwriting a note, buying a stamp and dropping it in the mailbox. I immediately set the envelope aside with the intention of demonstrating some class of my own and writing her back. This must be what George Clooney feels like.

I didn’t write. I saw her later that summer, and of course I thanked her for her letter. We reminisced about the party, and I can’t really remember what else we talked about.

Six years flew by, and I saw Glad less and less, as my friend had since moved out of country.

Two months ago I was leafing through a box of old concert tickets, photos, and other saved items that might classify me as a pack rat, and there it was — the letter from Gladys.

Six years later, and it felt just as good to see that penmanship and read her words. I immediately reached into the drawers of my desk and dug out some generic cards. I wrote until the card was full, which took me all of five minutes. I’m a little shy writing someone back after seeing their perfect script, but it truly didn’t matter. I bought some stamps, pocketing all but the one that I stuck on the envelope — you don’t have to lick them anymore!.

A few days later my friend called from overseas to say how delighted his Nan was to receive it, quoting her as saying it “made her weak” with happiness.

Sure as the tides, another letter arrived in my mailbox. This one thanked me for thinking of her, 6 years later. She also gave me an abbreviated version of the sorts of things that she had been getting up to, along with some of the things she has not been getting up to.

Did I write her back? You bet your ass I did, and we’ve been keeping up a regular  correspondence ever since.

Gladys is of a generation that didn’t see writing a letter as a novelty. It was a practical means of articulating thoughts, and clearly delivering a message to its intended recipient.

As I write this I’m also looking at her cards open in front of me. They are in the company of other people’s letters and postcards; ones I’ve kept over the years for various reasons — nostalgia, or simply as a physical reminder of some of the people I care about. If the power goes out, wifi fails, or my hard drive decides to implode, they will always be there — in my desk drawer, waiting to be stumbled upon. These are physical reminders of how nice it feels to take the time to give someone something they can stumble upon themselves.

In this digital world of convenience and immediate gratification, we don’t have to wait for much. It’s nice to be able to get a message across the globe in seconds. We’re increasingly amazed every day by technology and how simple it’s making life. That said, I can’t remember the last time I checked my inbox with the same anticipation that I check my mailbox.

Ted is leading our sales growth with RevenueDriver™. He’s had sales experience in Canada and Puerto Rico, where he speaks Spanish like a native. He’s excited to share the possibilities for new revenue for retail eCommerce companies in Canada and the U.S.