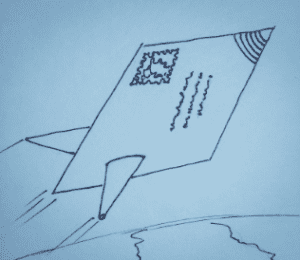 In Toronto last Saturday I joined a reported 60,000 people in support of the Washington Women’s March.  Here’s a shot I took as the group crammed into the square at Toronto City Hall to hear the final address.  There were plenty of groups represented and their signs and banners waved in the wind. My favourite placard slogan was “We Shall Overcomb.”

It’s quite a moving event to be part of that kind of peaceful, social protest.  It’s surreal to watch people pop up out of subway stairways, appear from doorways and crowd streets leading to the march starting point. It’s like being part of a migration for which there is some unexplained and unspoken driving force. And then there you are, among thousands of people, as far as you can see and you have a sense that you have a lot in common. And that gave me some comfort.

So why am I writing about a march in my marketing blog?

The organizers of the Washington Women’s March understand that a one-day political protest must be supported with more action in order to effect any change. It’s a classic marketing challenge. I had dinner in a pub just 3 hours after the march and some of those around me had not heard about it yet. It seemed odd, since it was only 10 minutes away and widely publicized, but it illustrates how shallow the effect of one march can be, despite having high participation and media coverage. It’s a real test of marketing strategies to get these messages across. There is a reason we marketers try to develop a strong “call to action”. We share the same motivation as the protest march organizers. A march is a “call to action”. In fact, marketers may have borrowed the term from activists for all I know.

What struck me was the brilliant follow-up to the march. The organizers developed a 10-step action plan they called 10 Actions / 100 Days. This could be taking a chapter out of the marketing book that states that it takes 7 views before the sales message sets in. Their goal is to have a different action every 10 days through the 100 first days of the new presidency.

And there it was… the number one weapon of choice for action #1 … the paper, stamp-propelled postcard rocket!

“Yes!, they understand the power of an analog paper attack instead of a digital one.” I was nodding my head in agreement as I read the plan. This falls in perfect alignment with what I’ve been writing about lately: the strength of printed paper marketing materials. In this highly digitally charged culture, the organizers have understood that a paper postcard will have a lot more effect than social media ranting. In fact, the term “slacktivism” refers to those who click on petitions but don’t do any “real” physical protest (Wikipedia) and it shows that the organizers are trying to avoid hollow activism with this bold “send a postcard to your Senator” approach.

They’ve made it simple enough.  There are templates to download and print and even lists of printers you can use on their website.  How hard is it to print up a card and mail it? It’s just hard enough to show the recipient that you care more than a mouse click. If every one of the 500,000 to 800,000 reported protesters wrote just one card, you’d fill quarter of a tractor trailer with cards weighing about 8,000 to 12,000 lbs*. That’s going to have some real impact when it lands in some Senator’s mailbox.

Free postcard offer: We will print and mail it on your behalf

In Canada, it’s even easier, since postage is free to the Federal government. So, to make it even easier for those who don’t have access to a printer to send cards, we’ve put a simple, secure online form together and we will print and mail a Women’s March postcard on your behalf, for free. ORDER YOUR FREE POSTCARD HERE.

If you are still wondering why we value the post office, and the paper communications that they help us propel at our targets, then hopefully this example from one of the best organized and largest social protest movements in history will give you pause to reconsider.

*I’d like to address those that might be thinking about the negative environmental impact of tons of mail vs digital messages by directing them to the Two-Sides website where this complicated issue is discussed.

**I’ll protect your personal information and I won’t use it for anything other than the postcard mailing after which your information will be removed from our records.