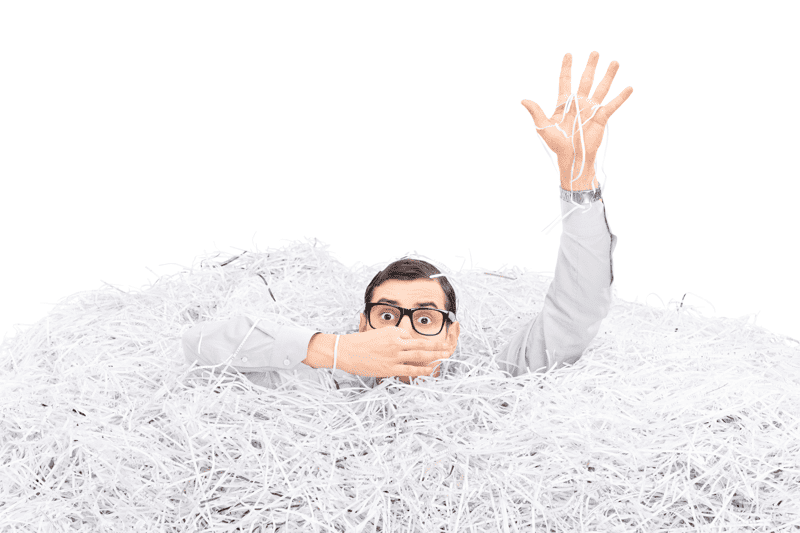 I’m a big proponent of direct mail customization; tailoring your fundraising messaging to individuals rather than generic groups.

If you’re looking for better fundraising campaign results, this is definitely the way to go. And by taking the data you already have and combining it with new variable data printing technologies like élan, you’ll be building long-term relationships that will substantially increase the lifetime value of each donor.

But is there such a thing as too much customization?

In previous posts I’ve discussed the negative impact of bad data and the need to clean up outdated donor databases.

So let’s assume that your donor database is pristine and you’ve collected a complete record of every interaction you’ve ever had with all donors. Wouldn’t you want to use every piece of that data to customize your appeal? Sounds like a good idea, right?

Well, a recent conversation I had with a local couple has made me think about that old adage “too much of a good thing, is still too much.”

This past weekend I was speaking with a retired couple from our neighbourhood during a community lunch. As these things go, the conversation was light and convivial. But as anyone who’s attended a community social will attest, after weather and food, the next topic is generally what it is you do for a living.

When I told them about my role at Prime Data and the work we do for fundraisers, they became very engaged. It turns out they’re active donors to multiple causes and direct mail is the primary medium that guides their decision making on who gets what (we know this is a common theme and is the reason why direct mail still is the most powerful channel for most individual fundraising).

Here are some of the things I learned:

Can you guess which letters aren’t on the shelf?  It turns out they immediately shred any letters that mention the amount of previous donations. That’s right, shred.

In their opinion, which is possibly shared among others — this is not supported by a large cross-sectional study of donors — the personal data of the last gift amount or last year’s total is confidential and they don’t want it hanging around the house in their pile of saved mail.

For this couple, it sets the wrong tone. If, for example, the last gift was sent in response to a disaster, it doesn’t mean that they are willing, or even able, to make such a large donation going forward. It was a one-off response to that disaster — and I get it.

I’ve had this experience too, and it resonated negatively with me as well.

What they didn’t have a problem with is a suggested gift grid.

The good news, in this completely unscientific survey of one couple, is that direct mail is kept on file for a purpose — it’s a long-lasting medium compared to digital ads or emails.

Direct mail has the ability to tell a good story, and provide customization that speaks to donors. And when used correctly it can dramatically increase your response rates.

But like everything else, if you aren’t careful with how you use data, you may find your donors reaching for the shredder instead of a cheque book.