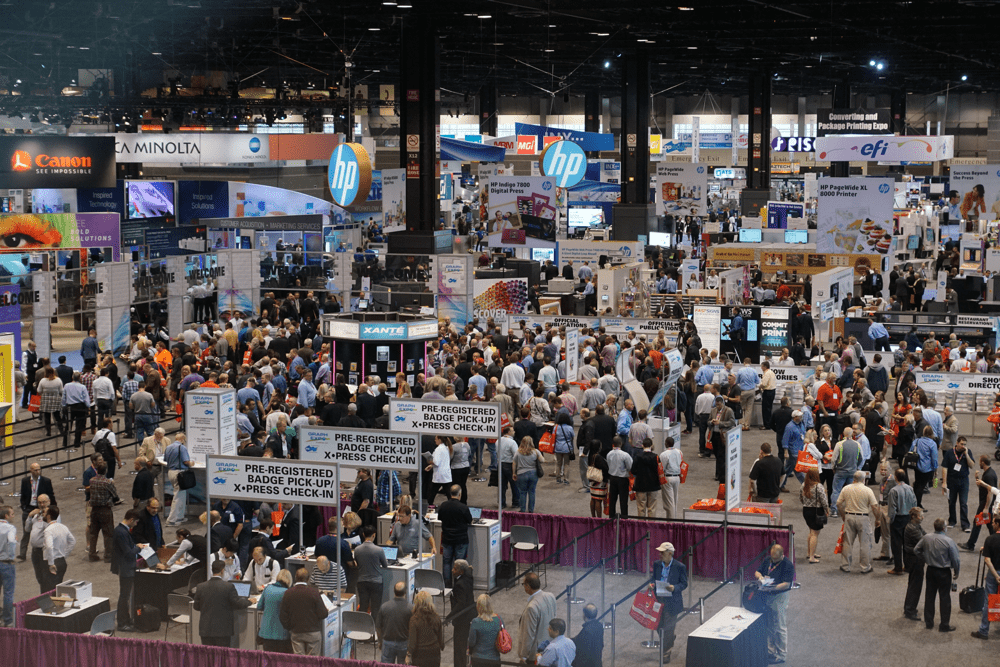 Two weeks ago I was attending the Graph Expo convention in Chicago. My primary reason for being their was to talk about Prime Data’s experience using Delphax’s new Elan printer technology. Obviously I think it’s great; propelling us way ahead of just about everyone else in the market by helping to increase our client’s bang for buck.

But if you’ve ever attended a big convention, you know that they can be a bit like drinking from the firehose. So I’ve put together some random thoughts and takeaways to summarize the experience and provide some insight into the current state of direct mail in 2015.

So refill your coffee, because here we go:

Chicago is a great tradeshow city.  It has an amazingly large and beautiful convention centre and a welcoming, safe downtown.  People are very friendly there.  At least 3 people spoke to me unprompted in the train from the airport. Let’s see that happen in Toronto.

Print shows are getting smaller.  With the big “iron” offset press manufacturers suffering such a downtown, they just don’t promote big presses at the show any longer.  As a result the space gets smaller each year as digital eats into the print budget.

Packaging is a big deal!  it’s the oft forgotten area of print that is still growing.   And it’s becoming more feasible for smaller shops as variable printing technology and equipment become more affordable

Mailing is still a big deal.  Pitney Bowes had a demonstration mail preparation station that was over 100 linear feet.  It printed, folded, stuffed, loaded trays, labelled the trays and stacked them on pallets with only an operator or two.  It sold. Remember, the USPS still processes 150 billion pieces of mail per year.  Compare that with Canada Post at about 10 billion pieces.

Printers are older white guys.  Just looking over the crowd will tell you that the demographics is trending towards older white men.  Where are the young people in this business?  There was a group that met called Girls That Print.  They even had a special day.  Some headway is being made.

Inkjet printing is being talked about a lot.  Surprisingly printers don’t seem to know what to do with it. Most of the big names, Ricoh, Pitney Bowes, HP etc., had some sort of inkjet printing to promote and demonstrate.  Most are very expensive pieces of equipment and roll fed.  I like our Delphax Elan.  It is groundbreaking sheet-fed inkjet technology and the developers are Canadian (flag wave here).  Using it for variable colour direct mail printing is a perfect fit for us.

Omni-channel marketing is the new un-siloed approach to combining all types of marketing into one cohesive campaign. Hardly anyone is doing it well. But with data, digital and print all coming closer to being friends in the marketers toolbox, we will be seeing more opportunities to combine and control these elements in concert with each other.