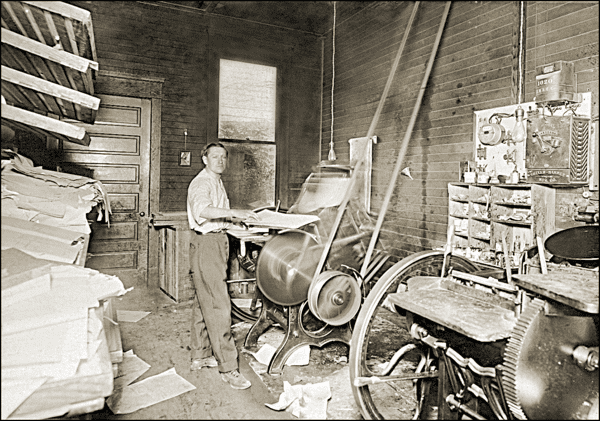 To put things in perspective that’s $5086.91 in today’s money according to the Dollartimes.com site. That’s a big chunk of change for what is actually a really primitive machine compared to the smartphone buzzing in my pocket right now.

It’s technology that has been superseded by generations of computing advances. And if any of my vendors are still using this glorified calculator, they better not be billing me by the hour.

But where most people wouldn’t dream of using a 30-year-old piece of technology to do their work, some printers still are. And it’s costing you a fortune.

Investing in new print technology is not cheap. But just like computers, it used to be even more expensive. So some printers who paid a lot of money decades ago are still trying to squeeze every last dollar from a technology that should have been retired when I was still in school.

So why is this costing you money? Firstly, somebody has to pay for the upkeep of these aging, creaking goliaths. Secondly they just don’t have the features that make your campaigns a success in the 21st century.

One of the biggest advances in the last 15 years is variable data printing (VDP). This technology delivers custom mailouts based on user data. And, because of this, it delivers a better response rate. In essence, your marketing is speaking to the masses, but communicating to the individual. Tailoring your messages and graphics to suit each recipient changes the nature of direct mail entirely. It acts a bit more like you expect a Google Ad or a Youtube Ad to target you and speak to your interests.  Yes, print can be that personal now.  And it’s something old tech can’t easily handle.

So ask your print vendor about how much they invested in capital improvements in the last 2 years. If it’s less than they’re paying for that fancy lunch they’re buying then maybe it’s time you gave us a call.